Don’t let your story get lost in time 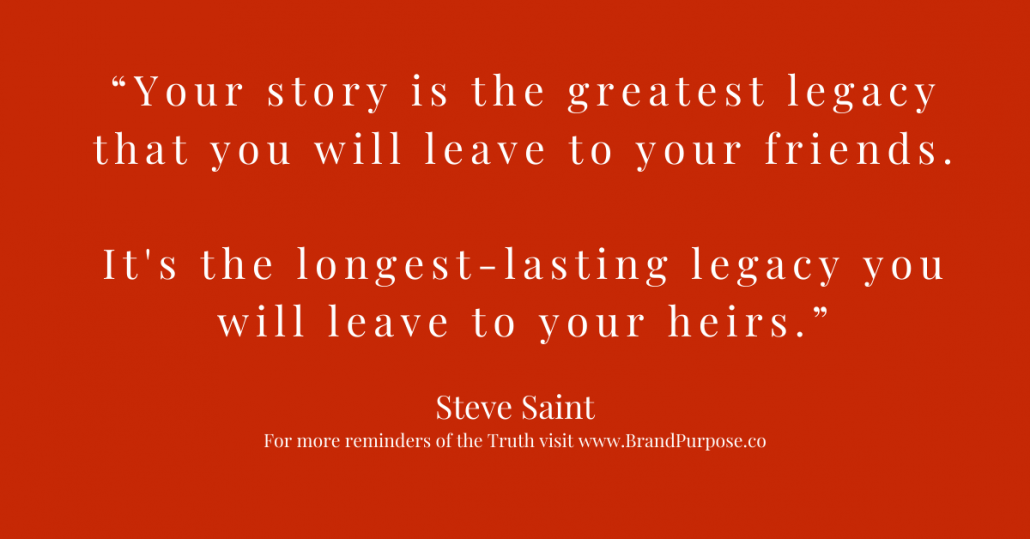 Don’t let your story get lost in time.

In 2015 I stood in a field in France with my oldest brother Nick. Our guide was pointing out the location of my grandfather’s trench and explaining the events that took place almost exactly 98 years earlier.

It was hard to imagine that such a catastrophic event had really taken place, because all you could see at that time was a ploughed field on a sunny day. And yet our guide showed us the map dating from 1917 which showed the exact location of the British trench.

He started to describe the prelude to the blowing of the whistle, which gave the order for the troops to go over the top.

As we stood there, I took out my iPhone and searched the audio file of an interview my cousin Michael had recorded with Corporal James Gough Cooper in 1973. I cued it up to listen to his story describing the events of that fateful day, when 80% of his battalion was killed in action. My brother produced a small speaker and I pressed play.

History came to life in my hands.

The hairs rose on the back of our necks, as the three of us found ourselves back in time.

Fast forward to two days ago. My youngest daughter is doing a family tree project at primary school and she asks me for a story to tell about her ancestors.

I start telling her the time her great-grandfather went over the top for the first time in 1917, but it doesn’t resonate with her.

“Do you have any stories about my grandfather – your Dad?”

“Well yes, as a matter of fact I do.” I replied. “There was the time he was stationed in Italy in 1943 during the Second World War, when he crashed his plane, trying to land in the dark.”

“That sounds interesting – what happened?”

“Well,” I say “let’s hear him tell the story himself – I have a recording on my phone.” I search my iPhone and find the audio file of the interview my brother Nick conducted in December 1993, two months before my father died of cancer.

I press play, but rather than hearing the beautiful story my father had told me when I was younger (he was an excellent raconteur) – we hear him reading letters he wrote home to his parents at the time. All soldiers at that time were under strict instructions not to divulge anything important, in case their letters were intercepted by the enemy.

His voice was weak, wracked by illness – and his story was dry.

The real story has been lost in time – along with the childhood stories he used to told us when we were children. Despite our badgering, he never wrote these stories down for us to tell to our own children.

I decided not to make the same mistake. I wrote my first Children’s book in 2006, dedicated to my father.

Then I wrote a business book for myself; detailing some of my early corporate stories, and outlining an alternative approach to marketing, which I call Purposing.

During the writing phase I met Getrude Matshe – an inspirational writing guide who tells her students that the saddest place in any town is the cemetery, because it’s full of people who died before telling their stories.

So I urge you not to make the same mistake as my father. Write your story before it is lost in time. Share it on paper, in print, on video, and/or as an audio recording. It doesn’t matter if it’s fictional or factual – just start sharing it.

Don’t be afraid that ‘you can’t write.’ You can speak it if you prefer, and you can hire a ghost writer to help you express it in an engaging and powerful way.

Leave your legacy – it will be an inspiration to future generations.

Justin JG Cooper is is a Purpose Consultant, the founder of Brand Purpose .Co, and the author of Marketing is Dead, Long Live Purposing – along with two yet-to-be-published Children’s books.