A Pint with a Purpose 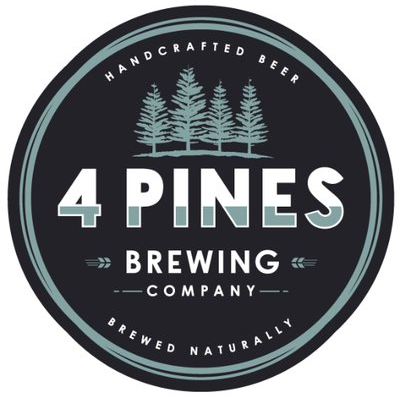 Jaron Mitchell gets it. He understands what it means to build a business On Purpose.

From humble beginnings in rural Western Australia, he has become the ‘Chief of Beer Chiefs’ at 4 Pines Brewing Company. He and his family started 4 Pines in 2008 in Manly, NSW and built it into one of Australia’s largest microbreweries. So attractive was the brand that the world’s largest brewer, AB InBev (ABI) bought it in 2017.

That would normally be the end of a great story. A new story might now develop in which the “huge conglomerate buys the teeny brand, swallows it up, and then spits it out in little pieces.” (or should that be “p****s it down the drain?”)

But what makes this story interesting is the fact that after two years under ABI ownership, the original culture is still intact. Jaron and his team have managed to maintain 4 Pines’ original values, ideals and beliefs. The commitment to innovation hasn’t disappeared despite the brand now being part of a monolith. All the original key people are still there, and it has brought in increased investment, which has allowed 4 Pines to significantly expand its production. Does the beer still taste the same? Yes – in my humble opinion it does. Unlike a certain beer I used to love in the UK, whose parent brewery was bought out by a certain London-based brewer, and which ended up tasting quite different, and not for the better.

I interviewed Jaron last year for a book I am researching into what makes B Corps tick. If you don’t know what a ‘B Corp’ is, don’t worry, most people don’t. Yet.

In essence, to become a B Corporation you must demonstrate your commitment to a set of agreed social and environmental values and activities, which balance purpose and profit. The certification process is carried out by an organisation called B Lab, which operates in 50 countries and has certified 1,800 companies as of March 2019. In case you are wondering, the ‘B’ stands for better, as in ‘Better for the world.’

I met with Jaron again this week, and here’s what I gleamed from my two discussions with him about the role Purpose and culture has played in establishing 4 Pines:

1. The cultural foundations came from the family’s grass routes upbringing in the small farming community of Yallingup, WA. It helped establish their original brand  personality of ‘passionate, honest, unpretentious and fun.’

2. Their belief in the importance of being environmentally and socially responsible comes from the same humble roots. As Jaron explained it, ‘not being an a***hole’ in business is all-important.

3. Their Purpose and culture were established well before they became accredited by B Corp, however the systems and structures that B Corp provide have been very useful in  aligning to a globally recognised framework, which they can benchmark with and rally around

4. Their interest in accepting an offer from ABI was partly driven by the fact that both companies share a similar philosophy on environment and sustainability. Or in other words, their values align.

5. Jaron has a foundational belief in the importance of always challenging himself, in order to keep growing.

My conclusion from speaking with Jaron, and six other accredited B Corp companies, is that to build a successful, long-term company in the 21st century, you have to make it personal. The founder and the other leaders of the business have to have ‘skin in the game.’ They have to believe in something that’s bigger than the company itself. They have to want to make a change for the better in some way. They have to ‘feel’ it.

You can see that drive in people like Jaron. Sure, he’s a down-to-earth, self-effacing, no BS kind of guy. But you can also see a steely determination behind the larrikin.

So for the time being at least, you can rest assured that your pint of 4 Pines is in safe hands, and it should continue to taste as good as it did back in the days when the company was still independent.

I am not employed by 4 Pines, nor was I paid in dollars or beer to write this blog. However I am a raving fan of craft beers, and 4 Pines just happens to be one of my favourite Australian brews. I also live staggering distance from the 4 Pines Truckbar in Brookvale, NSW, which I realise is quite dangerous.